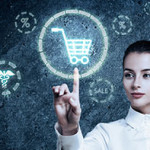 The experience of encountering advertising tailored to one’s behaviors or interests on the internet has become ubiquitous in a very short time. We’ve all had that experience – shopping for a particular shoe on Zappos or gadget on Amazon, not buying it, then having an ad for that shoe or that gadget magically appear in a whole variety of other websites during the course of our browsing over a period of days or even weeks. Or, perhaps, buying that shoe or gadget, and then encountering ads for similar shoes or gadgets, or shoe/gadget accessories.

It isn’t magic, of course – it’s programmatic buying, bringing together technology and data to serve media to specific audiences by using exact or inferred behaviors. The reason it has become so prevalent so quickly is because it works. Programmatic buying offers consumer marketers of all stripes the opportunity to narrow their audience focus, increase the efficiency of their campaigns, and optimize their campaigns; rather than scattering the seeds of a campaign the old fashioned way, those seeds can be planted only in what has proven to be the most receptive earth, thereby optimizing the campaign, saving marketing dollars, and increasing the potential return of the dollars that do get spent.

Unfortunately, those of us in healthcare have largely missed out on this thrilling media revolution. We’ve missed out because we are stuck behind a privacy barrier that strictly limits what we can learn about the medical history of any consumers we might want to reach through media. In other categories like CPG, finance, and travel, advertisers can use actual purchase behavior and sales data to identify and target more qualified audiences. Purchases can be tracked and used to inform the media that is served to an individual in the future. But this type of precision-based, one-to-one audience targeting is not permitted or possible in health care; the data is unavailable for marketing purposes due to HIPAA regulations, which protect patient privacy and prevent the abuse of sensitive, potentially identifiable medical data.

But a pathway exists around this obstacle, and that pathway is called predictive targeting. By using tools that are already at hand, plus some cutting-edge mathematics, we can identify an audience’s predictive health behaviors by connecting other more commonly used, non-health related consumer data variables – demo, geo, media consumption, lifestyle, et cetera – to health behavior data. Once the correlations between the consumer data variables and health behavior data are found, we can then segment audiences according to their respective propensity – or likelihood – to treat within a condition or on a brand – as opposed to their actual treatment behavior. This exceeds the demands of HIPAA – since there is no way to connect actual, identifiable health data to a specific individual – and represents a privacy-compliant way to target audiences more efficiently.

So how does predictive targeting work, more specifically? Crossix Solutions, a healthcare data analytics provider, connects its patient-level healthcare data – past treatment, physician visits, brand conversions, adherence, and the like – for millions of individuals through its proprietary network of data tracked by pharmacies, payers, and other entities that play roles along the transactional chain. And data analytics providers, including Crossix, also have access to more traditional, consolidated consumer data – demographics, household income ranges, spending within specific categories, interests, media and shopping habits, online behavior. By studying these two data sets in concert – tying patient healthcare data to consumer data, all behind firewalls that keep individual identities private – correlations can be determined between them. The output of this data modeling process is a propensity score algorithm – a formula that translates all of those correlated consumer variables into a probability of treatment for a particular condition or on a specific drug brand.

Putting it into action

What makes this so empowering for the pharmaceutical brand manager is how it mitigates the privacy issue from the targeting equation. The initial development of a propensity score algorithm happens behind secure firewalls, so the marketer will never actually see any of that individualized healthcare data. And once a propensity score algorithm is developed, marketers can use it to target media to audiences based solely on the correlated consumer data variables – demographics, interests, shopping habits, the lot – still not knowing a thing about the target’s treatment history, prescription purchase activity, or anything else that’s HIPAA-protected. We can use what we are permitted to know to infer what we aren’t, and infer it with a great deal of empirical evidence.

For example – based on its analysis of the relationship between consumer and healthcare data, a company like Crossix might find that women who are married with three children, have college degrees, spend time on Facebook, shop for athletic wear, have a household income of about $100,000, like to travel domestically, and use the internet frequently have the highest correlation with household treatment of ADHD. And beyond that highly specific peak correlation, a propensity score algorithm can segment or rank audiences based on their relative propensity or likelihood to perform a specific health-related action. So for a particular branded ad campaign, if the total universe available to serve digital media is, say, 50 million consumers, a propensity score algorithm can determine which of those 50 million exhibit the combination of correlated/weighted variables with the highest propensities for the behavior in question. It may, for instance, find that only 12 million among those 50 million are the real target. Thus, DTC advertisers can design media buys in a more granular, evidence-based fashion, leading to greatly enhanced campaign efficiency and effectiveness, while reducing media waste.

Intouch Solutions and Crossix recently employed the predictive targeting model with a top-ten pharma client’s brand, in a target disease state with about 200,000 patients in the United States. We developed propensity score algorithms as described above, tying various consumer data points to health behaviors. Then we used those algorithms as the basis for audience-targeted online media buying. And we optimized the campaign using those algorithms daily. In doing this we demonstrated that audience-based media buying can be more effective and cost-efficient than contextual/content-based media buying.

Did it work? We used Crossix’s health data to measure campaign performance at the script level – Crossix analyses de-identified data from actual prescription transactions and determined how many individuals exposed to the ad visited the doctor or began treatment with the client’s brand as a result of their ad exposure. As the campaign test ran, we discovered that physician visits of people exposed to the audience-targeted campaign components vs people exposed to the contextual/content-focused components were nearly three times higher, and the estimated cost per patient start was about one-twentieth as much for the audience-targeted components as it was for the contextual parts of the buy.

So yes – it worked. In fact, these experiments in predictive targeting have shown such promise that the tool has rapidly become a part of Intouch’s standard media conversation, and these pilots have now become the norm. And while a conversation about “individualized healthcare data” clearly piques the interest of clients’ regulatory teams, once we explain the process of developing predictive algorithms and prove the strong separation between identifiable healthcare data and actual targeting activities, Intouch has seen no resistance.

All this is not to say that the age of traditional endemic or contextual media buying is over. Predictive targeting will not replace those tools any time soon – patients will always go to contextual locations, so it’d be silly to abandon them altogether. But predictive targeting does offer healthcare marketers a whole new way to plan and optimize their media buying, a way that is both data-driven and data-proven. Plenty of ink has been spilled over the past year or two about so-called “big data” and how it might impact the business of healthcare marketing. But predictive targeting is not a “maybe” proposition. It’s a real tool that brands can use today to more accurately find their intended audiences and serve them the most relevant media, based on those patients’ statistically established propensities for performing the behaviors the media is designed to encourage. The tale of “big data” in healthcare marketing may largely remain to be written – but predictive targeting is already an exciting part of this evolving story. 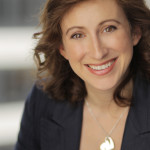 As Executive Vice President, Angela Tenuta leads client services for Intouch Solutions, a digital-centric marketing agency focused on the pharmaceutical industry. With 18 years’ experience in pharmaceutical marketing, Angela is driven by the prospect of creating programs that inspire meaningful connections between pharma, patients and HCPs. Since joining Intouch in 2006, Angela has led teams through many pharma digital “firsts” including the first pharma e-CRM campaign, first pharma Yahoo! homepage takeover, the first pharma CPA campaign, and the first digital sales aid. Prior to joining Intouch, Angela rose through the ranks of Draftfcb, spending nine years in client service roles there. Connect with her on LinkedIn, email her at angela.tenuta@intouchsol.com, or call her at (312) 540-6905. 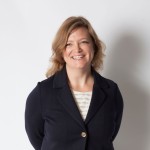 Shannon Gallagher serves as Vice President, Analytics Services at Crossix Solutions, where she leads the ongoing expansion of Crossix services and capabilities at the intersection of pharmaceutical and consumer healthcare. A veteran consultant in market research and data analytics for the pharmaceutical, healthcare and CPG sectors, Shannon is passionate about Crossix’s unique position to harness Big Data to empower better communication to the patient as a consumer. Prior to joining Crossix, Shannon spent 10 years working at Nielsen in Innovation Analytics, consulting on new product development for Rx and OTC/CPG manufacturers. Connect with her on LinkedIn, email her at shannon.gallagher@crossix.com, or call her at (212) 994-9367.