Part 1: Testing And the Lancing Device

Editor’s Note: Last month, DTC Perspectives’ President & Chief Operating Officer, Scott Ehrlich, was diagnosed with diabetes. Join us in the multi-part series as he shares a first-hand account of his experiences as he moves along his treatment journey.

About a month ago, I went for a blood test and found out my A1C was over 10%. This, combined with an unexplained weight loss of about 30 pounds, led doctors to the obvious conclusion that I had joined the ranks of about 30 million Americans who had diabetes. At this point, the two major questions were which type of diabetes, and how can I treat it? Because it came on suddenly and quite severely, my doctors suspected type 1. I, knowing my diet and physical activity regime over the last 30 years, suspected type 2.

As diabetes is very complex, it’s more than just taking medication every day to treat this disease; there is a great deal a patient has to know about diet, exercise, devices, drug interactions, dosing, and testing. As there was so much to take in, I decided to detail my experience as a newly diagnosed diabetic and the challenges I have faced, having spent so much of my time on the marketing side, to now be on the patient side. In this article, I detail with the lancing devices I have had to learn to use. My future articles will deal with the various monitors and medications available, and the overall consumer experience of being a newly diagnosed diabetic.

After going to my GP with my initial blood results, I went to an endocrinologist for a follow-up. After taking a quick and painful finger prick with the lancing device at the office, they quickly confirmed that I had diabetes, with a fasting blood sugar of 273mg/dL at that time. (A normal result for fasting blood glucose ranges from 70-110 mg/dL.) I was also told that the blood work, to determine which type of diabetes I had would take a week. However, because of how high my blood glucose was and that the doctor suspected type 1, he decided an aggressive course of treatment should be tried, well beyond diet and exercise. Being that I was deathly afraid of needles, this was awful news for me. I was told I needed to test my blood sugar at least four times a day and inject insulin into my stomach three times a day on a sliding scale depending on where my glucose was. After a very brief demo, the nurse sent me home with an Accu-Chek meter, a FastClix pen, and 100 units/mL of Humalog fast-acting insulin.

The first thing to deal with was the testing. I had read, prior to this visit, that FastClix was one of the preferred pens of diabetics as far as reduced pain and ease of use was concerned. The FastClix device was small and came with a cartridge for lancing devices that held six lancets. When pushing the button, you never actually saw the needle, which was good for a needle-phobe like myself. After mustering up the courage to prick myself, I put it on the second lowest depth and proceeded to prick the side of my finger. The button to give the injection is like the button on the back of a pen, except you have to push pretty hard. I kept pushing and pushing, holding my breath, waiting for that stinging pain. Finally, after pushing down a good bit, it finally kicked into action, the lancet pricked me, a little blood bubble was drawn, and I had done my first test.

I was pleasantly surprised to see that this really didn’t hurt. However, I was not happy that it wasn’t comfortable and, the knowledge that I’d have to do this three to four times a day at least, every day, for possible the rest of my life, would leave my fingertips pretty torn up. This was confirmed by the fact that, by the end of the second or third day, and even though I would switch up fingers, they were pretty sore. There’s not a lot of places you can inject on the fingertips and, being useless with my left hand, there is really only one hand I could use for the pen. FastClix also isn’t meant for alternate site testing so I could see my index and middle fingers on my left hand were due for a rough ride. Still, for the price and ease of use, as well as the lack of any real pain (like briefly pricking your fingertip on a thorn at worst), it could have been a lot worse than the FastClix.

Still, I was concerned about the frequency of the testing and the accumulated discomfort. Knowing I had to do this a lot, I tried to see if there were any devices that could be better and provide less discomfort or more choices as to where to do the testing. I came across an interesting device called Genteel, developed by an engineer. There weren’t a ton of reviews I could find on it and the price of $129 for a lancing device seemed a bit steep, compared to the $20 or far less most others would cost. Furthermore, most of the positive reviews I could find either came from the site itself or from people given a free sample for testing. The website featured a video of a sleeping child getting tested on their shoulder by a parent and not being woken, which also seemed hard to believe. Still, hating needles more than I hated parting with my money, I decided to order one and give it a try, as it’s only available via online order.

When I received it a few days later, it was much bigger than the other device and came with a bunch of highly visible lancets. There are also some attachments you put on top to control the depth of the stick. It is certainly less intuitive than the FastClix, with a lot more moving parts, to start. I put on the one for the smallest stick, which is largely recommended for finger sticks, since body skin may be thicker. I set it up, put it on my shoulder as in the video, and pushed the button. At that point, the plunger pops up and you are supposed to hold the button for a few seconds before taking it off. Aside from the loud pop it makes when you push the button, I didn’t feel anything. No stick, no pressure like with the FastClix. I took it off and figured I’d need to put on the cap for a deeper stick on the arm when I looked down and saw a perfect blood droplet sitting there. I couldn’t believe it.

I tried the same thing on my finger. It wasn’t easy to find a spot on my fingertip that would fit the device at first due to its size, and also it needs a vacuum seal to work properly. However, once I lined it up right and did it, it was much the same result. Painless, and, unlike the FastClix, largely sensationless. You’d also usually draw more blood with each prick, even on the lowest depth, which could be very helpful in machines that require a good amount of blood for each test (more on these in the next article).

One of my only complaints about it is that, for the price, it’s not the most durable device. I dropped it on the floor when trying to set the plunger and the back part fell off. While it is removable for cleaning, it was a pain to get back on and even when I did finally get it back on, the device didn’t work properly, either flying off when I tried to test or pricking way too deep leading to real pain. I was able to get it working again, however, in a few hours and I am certainly no engineer when it comes to fixing devices. I was also sent another device immediately after I said something to their customer service rep, who was available to be reached through an online chat, on a Sunday night no less. Their service is superb. My only other issue with this device is that it is a bit bulky compared to others, so carrying it in a pocket or a small carrying case, such as the one provided, along with my other diabetes supplies, isn’t easy. However, it’s a great device and I haven’t used my FastClix since I received it.

Testing is one of the most important things for a new diabetic to learn and compliance with testing is paramount, regardless of the type or severity of the disease. With the FastClix, I didn’t fear testing, but I certainly would not do it more than I had to; I sometimes had to talk myself into it. With Genteel, I had no trouble convincing myself to test. In fact, I was testing so frequently I ran out of my first month’s supply of testing strips in about a week. For someone like me that hates needles, doesn’t do well with pain, and likes to be able to vary their testing sites, Genteel has been a tremendous help in frequent testing, the first step in keeping my blood sugar numbers stable.

However, I am also a consumer that has both means and did a lot of research. Neither my endocrinologist or his assistant had ever heard of it. Most insurances won’t cover it. It doesn’t come with any glucose meter. There is no DTC behind it. It’s not sold at pharmacies. So most consumers will be using something like the FastClix or the OneTouch Delica (which came included with my OneTouch Meter). These are good devices and I’m sure much better than what preceded them. They are cost effective (both of them were free for me) and get the job done. They both come with glucose meters, are widely available, and are backed by well-known and respected companies.

If testing was infrequent, cost was a major driver, or the patient was a bit tougher around needles than I was, I think both would be perfectly sufficient. However, if you were like I was, and building up the courage to do each and every single finger prick was a struggle, the Genteel was well worth it. And if my two-year-old son, for example, was the one who had diabetes instead of me, the Genteel is a no brainer. It has been a game changer for me in maintaining testing compliance, and pharma companies would do well to integrate it or a similar lancing device into their treatment packages. Because no matter the diabetes type, no matter the severity, no matter the treatment plan, regular and frequent testing is a necessity. That becomes much harder when the patient has any amount of fear of or dislike for their lancing device. 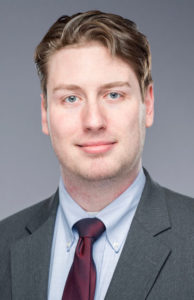 President & Chief Operating Officer at DTC Perspectives
Scott Ehrlich manages the day-to-day operations of DTC Perspectives including personnel, marketing, sales, business development, strategy, and event development. During his tenure, he has also developed new events and lines of conference businesses, including the Multicultural Health National and Hospital Marketing National. Scott earned his BA from Wake Forest University, and his MBA and JD from the University of Florida.
Jennifer Aniston Teams with Shire, Digitas Health LifeBrands to Launch ‘eyelove’
A Healthcare Art Director’s Journey: Becoming a Patient

One Response to What’s a Diabetic to Do? Part One