As out of pocket healthcare costs grow, consumers and patients are sometimes faced with the challenge of being able to afford and take their medication as prescribed. Within the past two years, dermatologist Dhaval Bhanusali, MD, FAAD had a situation where he had prescribed an anti-fungal cream to a patient. In a follow-up, he discovered that a treatment that should have cost her less than $8 ended up costing $1,200.

“I have drugs that I used to prescribe to patients that were $4. And now they’re $800 to $2,000. The same drug. It’s getting unsustainable,” he told Business Insider. (In 2019, several lawsuits were filed against multiple generic pharmaceutical manufacturers for alleged price-fixing.) As the Business Insider article noted, “Though [doctors] write prescriptions, most don’t know what drugs will cost their patient. That is, unless they hear back about issues.” Connecting with other dermatologists who were experiencing similar situations with their patients, Dr. Bhanusali ultimately founded Skin Medicinals to help combat this issue. 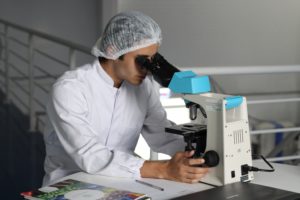 The medical entrepreneur had previously launched a platform to compare prices between different local pharmacies as well as an EMR platform for Dermatologists and even helped launch Amazon’s first private skincare brand. Skin Medicinals, an online platform that utilizes compounding pharmacies to specially mix medications for patients, emerged as a result of that work. Dr. Bhanusali is also an instructor in the Mount Sinai Health System and works in private practice in NYC.

While not entirely welcomed by some in the pharmaceutical industry, Dr. Bhanusali told DTC Perspectives that “overall, people understand the mission and respect what we are trying to do.” He added, “We are coming directly from the end users who WANT to reduce prices, and this platform is showing it is possible.” Since having launched Skin Medicinals in August 2018, the network has nearly 3,000 healthcare providers and dermatologists registered, as well as 73,000 patients. (A doctor must be registered with the platform before their patient can create an online account and begin ordering their medication for home delivery.) “This has demonstrated a true unifying of the field and become a mission for patient care nationally,” he noted.

Awareness and growth about this enterprise has been “organic” thus far. Dr. Bhanusali informed DTC Perspectives, that while there may be the possibility to do more direct marketing in the future, so far “this has been a grassroots effort from physicians to educate patients (and ourselves) about the rising drug costs.”

“We handle everything from Rosacea to pigment conditions, warts to chemotherapeutics. We also regularly provide options for inflammatory conditions like eczema, psoriasis, and more. [We] want to start with dermatology and hopefully inspire physicians in other fields to create similar [help for patients],” concluded Dr. Bhanusali in our interview. “While physician-led innovation tends to be rare, this is one of the first times that such a large number has come together so fast, showing the absolute need for innovation in the space. As prices continue to rise, it will be interesting to see if Skin Medicinals becomes a viable alternative to traditional pharma, one in which the physicians take control to better the access for patients.”