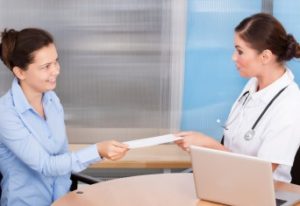 Peter J Solomon’s Marketing Services Group released a whitepaper recently on the importance of standardization and auditing practices within the point-of-care (POC) space. With POC being such an important piece in educating patients and aiding the HCP-patient conversation, “marketers and healthcare professionals are concerned about the verification, standardization and auditing of network content and scale,” noted Mark Boidman, partner and managing director for the company.

Boidman highlights efforts by the Point-of-Care Communications Council (PoC3) to combat these issues. (PoC3 is working to create verification and audit standards as well as increased transparency.) The POC space, as Boidman mentions, has an advantage in that “various elements of the channel are measureable, including the number of locations in a POC network, as well as the resulting ‘script lift’ (increase in number of prescriptions written) or ROI of a particular campaign.” He urges that standardization will be needed for POC to “reach its full potential as an advertising medium.”

PoC3’s work on creating an industry set of guidelines is currently underway, with the draft version being reviewed by “client and agency advisors serving on the Verification and Validation Standards committee,” noted the council in a recent industry statement. Boidman advised that these guidelines, once finalized, will then need to gain traction and be universally embraced by the POC industry. “These developments, which are already in motion, will provide a firm framework on verification, standardization, and auditing in order to maximize the value of POC channels and the education that this platform provides for its patients and healthcare providers nationwide.”

Peter J Solomon hosted a PoC3 Town Hall earlier in the fall to discuss the importance of these items. Select members of PoC3 will speak on these issues, as well as share the latest on their developing ethics guidelines and auditing standards, at the 2018 DTC National Conference, held April 18-20 in Boston.