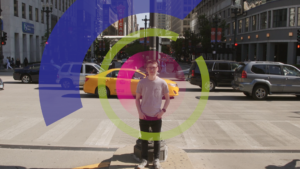 Ethan Lindenberger made headlines this past year when, at the age of 18, he went against his parents’ wishes and chose to get vaccinations. According to the news release, “Ethan grew up being told that vaccines cause autism, brain damage, and do not benefit the health and safety of society despite the fact such opinions have been debunked numerous times by the scientific community.” Through his own research, he learned about the benefits of vaccines and was able to debunk myths and misinformation. The now 19-year old has become an activist know for his “opposition to vaccine misinformation efforts” and has thus joined Unity Consortium to be featured as a member of their Voice of AYA (Adolescents and Young Adults) campaign. 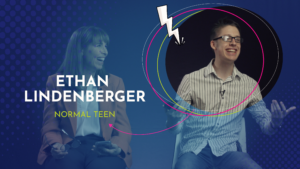 Unity’s Voices of AYA encourages young adults and teens to get and stay up-to-date with recommended vaccinations and helps them identify misinformation online. Outcome Health has partnered up with the non-profit organization to produce video spots featuring Ethan and Dr. Laura Offutt, an expert source and teen health advocate. Outcome Health has worked with Unity since 2018, but this is their first collaboration on a joint video campaign (video spots can be seen here and here). As part of the initiative, the videos will run on Outcome Health’s doctor office screens nationwide and Unity’s advocacy network, be shared through social media, and Ethan will post a number of blogs over the coming months.

According to the news announcement: “With new outbreaks in diseases, such as the measles epidemics that have hit multiple states in the US, it’s important to spread the word about the importance of vaccinations. A Unity survey conducted by Harris poll found that 4 in 10 parents and nearly 6 in 10 teens believe teens should only see a doctor for an illness, which likely reduces opportunities for physicians to discuss preventive health measures, such as vaccination. Similarly, the survey showed that 1 in 4 parents and teens believe that vaccines are for babies and not as important for teens.”