By Aryeh Lebeau on October 31, 2018 in DTC in Focus, DTC News, Uncategorized

The other night I tucked my nine-year-old son Caleb into bed and closed the door. I walked by his room shortly thereafter expecting him to be out cold. Instead, I heard him belting out “Tresiba rea-dy” in tune with the TV commercial we had seen that day. A few days later I took him for a check-up with the pediatrician and was floored when he requested a prescription for, you guessed it, Tresiba.

Okay, it’s possible I made that last part up, but I’m thinking that the song stuck in Caleb’s head wasn’t the brand recall Novo Nordisk had in mind when they contracted for that jingle.

Whether it’s catchy ditties, adorable characters like Xifaxan’s gut guy, or celebrity endorsements, pharma marketers have been pulling out all the stops to make their brands stand out. While these efforts are unquestionably splashy and often memorable, they don’t necessarily resonate with the right audience. Of course, TV commercials like these have drawn scrutiny from the wrong audience, serving as a magnet for criticism of DTC advertising from the American Medical Association, patient advocacy groups, and Congress.

Pharma TV spend crossed the $4 billion mark for the first time in 2016 and rose even higher in 2017 per Kantar Media. It’s clearly not going anywhere any time soon, but with TV spend still dwarfing digital and other media spend, there is a real opportunity for pharma to get it right on DTC by taking advantage of far more targeted platforms.

TV drug commercials are inevitably going to be irrelevant to a large majority of the audience. Even a commercial involving a highly prevalent disease such as diabetes will be applicable to a limited portion of viewers. And most advertised drugs are for conditions with far smaller patient populations than diabetes. Broadcasting these ads to a large, general audience leads to the exact issues critics point to, namely, higher drug prices to offset huge marketing costs and the mass hypochondria caused by self-diagnosis. Yes, there are some who will gain awareness of a condition they or a loved one may in fact be suffering from or a treatment option they should consider, but most who see these commercials will not.

DTC ads do play an important role in fostering an important doctor-patient conversation around treatment options. Utilizing these ads in the right context is the best way to counter anti-DTC sentiment.

A side benefit of all of the above is that they are immediately actionable – for digital tactics, users can interact with ads or click-through to learn more about a given treatment. For point of care, of course, they can have a conversation with their healthcare provider on the spot. 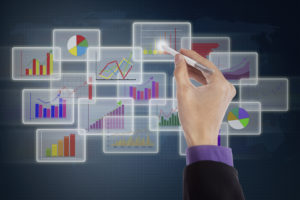 Each of these avenues avoids the chief criticism of DTC advertising mentioned above. Promotion through proper channels to an audience primed for relevant messaging will cut back on excess doctor’s appointments and will help reduce the burden on the healthcare system. Reallocating budgets and shifting to more focused options will mean efficient marketing budgets and would ultimately help reduce healthcare costs.

Despite mounting pressure to eliminate DTC advertising, pharma can still provide real value for patients in the right environments to help them make important health decisions. There is too much at stake for the pharma industry and other key interests for an all or nothing outcome. In the end, it may come down to more appropriately-targeted, below the radar approaches that serve as a compromise. While Caleb may still get that Tresiba jingle stuck in his head, at least it will be while researching the merits of basal insulin instead of in the middle of watching a Bulls game. 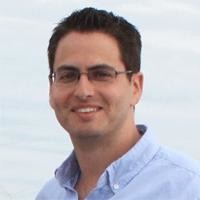 Executive Vice President, Client Operations at Remedy Health Media
In his role as Executive Vice President, Client Operations, Aryeh is responsible for managing execution and performance for the company’s advertising programs across all therapeutic categories. He oversees the company’s client service, ad operations and marketing analytics teams. For the past 18 years Aryeh has been working in the digital health space in a variety of leadership roles.

Previously he served as the General Manager of TheBody.com and TheBodyPro.com, Remedy-owned consumer and HCP-focused HIV/AIDS resources. During his 13 years with those sites, he primarily handled operations, business development and client services.