For years, pharmaceutical marketers have tried to convince themselves that the FDA accepted a standard under which risk information could be presented separately from benefit information via a hyperlink in online communications (the so-called one click rule). And for just as long, the Food and Drug Administration kept taking enforcement actions making clear that it did not accept that position.

Indeed, some people began to referring to one click as the rule that isn’t. But that didn’t stop marketers from dreaming of a world in which they could use social media and other online platforms to communicate benefit information while limiting the presentation of risks to a destination in a link. 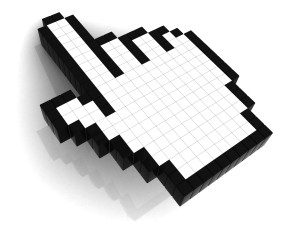 Apparently, some members of Congress agree. For the past year and a half, the House of Representatives has been engaged in a bipartisan effort to radically transform healthcare and the approval process for new drugs. That effort is known as the 21st Century Cures Act. The first draft legislation released in January of this year included a provision about social media that would essentially have written into a law a version of the one click rule.

Just last week, on Friday, July 10, the House of Representatives passed the 21st Century Cures in an overwhelming vote (344-77). 21st Century Cures now moves to the Senate, where its future is far from certain. Unfortunately for advocates of the one click rule, that provision wasn’t in the version of the legislation that received the vote; however, that isn’t the end of the road for this item.

The one click provision is now a standalone bill that Representative Billy Long from Missouri is sponsoring. That legislation could either be part of a revised version of 21st Century Cures (for example as part of the Senate bill), or it could pass as a separate item.

In addition, the Prescription Drug User Fee Act (PDUFA), which comes up for renewal every five years, is again being updated. The last time PDUFA was updated in 2012, the bill was called the Food and Drug Administration Safety and Innovation Act (FDASIA). Pharmaceutical marketers might recall that FDASIA mandated FDA release social media guidance by July of 2014. Some people credit that legislation for the three draft guidances on social media that FDA released last year.

So there is extremely recent precedent for Congress to use this vital must-pass legislation to prod the agency about its direction on advertising and promotion of prescription drugs, specifically regarding new and emerging platforms and technologies.

And of course, FDA is itself reviewing the comments received on those draft guidances, and several comments endorsed some version of a one click rule and encouraged the FDA to accept such a provision.

Marketers of pharmaceutical products will need to pay attention in the next few months as all of these pieces fall into place. For now, one click remains the rule that isn’t, but marketers are born dreamers, and this is a dream that clearly won’t die easily.

President at PhillyCooke Consulting
Dale Cooke is President of PhillyCooke Consulting. He helps companies use 21st century technology to connect with today’s healthcare consumers and professionals while ensuring compliance with FDA regulations written in the 1960s. Dale is the author of Effective Review & Approval of Digital Promotional Tactics and is currently writing a book about compliant social media usage for prescription product manufacturers. For more information, please visit www.PhillyCooke.com or contact Dale by email at DCooke@PhillyCooke.com or telephone at 267-971-8826.
ACA Impacts on Rx Marketing for Disabled Americans: Fee-for-Value and Patient Lifestyle Autonomy
Marketing Healthcare to LGBTs in the Age of Marriage Equality