Whether you’re new to the DTC pharma space in the US, or an industry veteran, what you need to know to stay ahead.

The advertising of prescription drugs on TV and in magazines is a uniquely American phenomenon. Turn on the news or flip through a magazine and you’re likely to notice a pharmaceutical commercial or ad. In fact, prescription drugs are now among the top 10 most advertised product categories in the US.

In the 15 years I’ve helped pharma brands forecast and test their direct-to-consumer (DTC) ad campaigns, I’ve seen a shift in the content. Where ads originally focused on drugs for widespread medical conditions (e.g. high cholesterol, depression), today’s campaigns address health problems suffered by much smaller populations, such as Crohn’s Disease and lung cancer. But that’s just one example of how the DTC pharma market has evolved in the US.

My SKIM healthcare colleagues and I recently attended the DTC National Conference in Boston to explore the industry’s latest trends and innovations. Here I’m sharing our top three takeaways from the DTC conference:

1. The Promise & Pitfalls of the 6-Second DTC Ad

Often referred to as “bumper ads,” the 6-second YouTube ad is a popular option for consumer marketers. But can these work for pharma brands? With their long length, complex messages, and side effects requirements, pharma DTC commercials may seem like unlikely candidates for this media.

However, 6-second DTC ads are not only plausible; their utilization is expected to grow. While the 6-second length is prohibitive for branded DTC ads with product claims and side effects, “reminder ads” are compatible with this short format.

What’s the ideal scenario for this type of media buy?

Since reminder ads only emphasize the drug brand name and contain no information about product benefits or side effects, we recommend their use in supplementing larger, branded campaigns. Brands spending at least $50 million in annual advertising will see most success with bumper ads. Since these 6-second ads typically employ the same creative look and feel as the longer commercials, they can aid viewer recall. However, without that level of ad spend, these 6-second DTC reminder ads are risky as they lack context and meaning when they’re seen by patients who haven’t been reached by the associated branded campaign.

Successfully targeting and reaching the intended audience has always been a challenge for pharma marketers planning DTC campaigns. The population of patients who are eligible for the medication may be relatively small, meaning that a high percentage of advertising impressions are “wasted” on viewers who have no interest in the advertised product and will never be candidates for treatment.

“Addressable TV” is a digital innovation that allows marketers to target specific households using algorithms based on demographic and geographic data, similar to digital video. With nearly 50 million US households ‘addressable’ via cable set-top boxes, advertisers can now identify those homes whose members have a greater likelihood of having the medical condition that is treated by their pharmaceutical product.

Take as an example osteoarthritis, a medical condition that primarily affects an older demographic. Marketers can use Addressable TV to advertise an osteoarthritis drug directly to households with individuals 60+ years old vs. those with younger viewers who may be tuned in to the same programming next door.

When we work with pharma brands to forecast the impact and ROI of DTC campaigns, we model the awareness-generating ability of Addressable TV differently than we model traditional television. Current industry analysis indicates that Addressable TV is more effective; we will see if this trend remains evident as more and more data becomes available.

Pharmaceutical DTC campaigns are sometimes criticized for using actors who don’t resemble actual patients, presenting an unrealistic depiction of the medical condition. Perhaps with this criticism in mind, some advertisers have opted for real patients in campaigns instead of actors.

“Before and after” photos are a staple of advertisements for dermatological medications. These photos become more convincing if real patients are depicted. Not only does the portrayal of the true efficacy of the medication become more accurate, the authenticity of the message is enhanced.

Nervous to ditch the actors? In our pharma DTC concept testing research, patient groups evaluate different ads and rate them according to standard metrics, such as their expected likelihood of asking their doctor to prescribe the medication. Patients can often sense when an advertisement is inauthentic and the message is more likely to resonate when authenticity shines through.

This article is republished with permission. Click here to read the original posting. 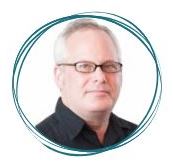 Director, US Healthcare at SKIM
Fred is the Director of the US Healthcare team at SKIM, based in our Hoboken, NJ office. He has forecasted the sales impact and return-on-investment for hundreds of pharmaceutical DTC campaigns, and is a frequent conference speaker on this topic. His other areas of healthcare research expertise include concept testing, communications optimization, and market modeling.
DTC in Perspective: Chantix Goes with a Goodfella
Trending Now: The Need to Put Patients First