Editor’s Note: DTC Perspectives asked a leading creative expert to review current DTC ads for our Creative Assessment issue of DTC in Focus. OPDIVO and BELSOMRA were her standouts. Read what Brenda Molloy has to say about why these ads made her take special notice.

It’s necessary now more than ever for commercials to stand out from the crowd. The ability to cherry-pick what we watch, to fast-forward through commercials, and sometimes to not be exposed to paid media at all, means that if we want our clients to invest their marketing dollars in TV, they’re going to need a good story to tell. And it’s got to be different.

I was stopped in my tracks when I first saw this commercial. I watched silently, quickly hit the rewind button, and watched it again. And then I emailed a colleague who I knew was still up to see if they had seen it, too. We ended up sharing a banter of emails about how “groundbreaking” it was and how exciting it was to see a spot like this – not to mention the emotional pull it had, and admittedly, some tears shed.

Getting excited over pharma spots doesn’t often happen, but this time it was different. The OPDIVO commercial stands out, mostly because of what it is about: advanced squamous, non-small cell lung cancer. A cancer with not a great survival rate; this is the first time in years that there are advancements in this type of cancer. And, they are claiming, you have a chance to live longer because of it! That’s damn exciting to me.

In a category like lung cancer, you need to come across as authentic, and that’s what this spot is. It opens with dramatic music, panning over a cityscape as the sun rises. Cliché? Yes, but it works; this is huge after all. As the VO announces the big news for patients living with this type of lung cancer, copy is projected on buildings and integrated into the environment. It’s done very effectively and adds to the drama as the story unfolds with multiple people (stopped in their tracks, too) staring up at the words with their loved ones. They also did a nice job of integrating the OPDIVO icon (an exclamation point) into the environment for the latter part of the spot. Subtle, but showing the excitement and the big news. I wasn’t even bothered by the almost 40-second fair balance, because I was so drawn to seeing them with hope and life left to live. And perhaps one of the most compelling parts of this commercial is in the last six seconds. It’s where BMS thanks the doctors and patients who participated in the clinical trial. Now that’s pretty groundbreaking, too.

In a category that has been around for a while, do we really need another sleep aid? Luckily BELSOMRA has a different story to tell. It works differently than the other sleep aids by turning down Wake mechanisms in the brain, so Sleep can happen. But it’s going to have to look different too.

The concept of personifying Wake and Sleep with a dog and a cat is brilliant, and the Brief must have been spot on. The visual storytelling is engaging, as you see the woman having her Sleep in the beginning (represented by a white cat), but then Sleep disappears. She searches for Sleep, only to find it being disturbed by Wake, the dog. I love the interaction between them all and how she ultimately puts Wake into the little BELSOMRA bed on the floor while Sleep gets to hop into the woman’s bed. The animation of the two “animals” is superb. The movements of both creatures really take on the characteristics of a cat and a dog as they prance, pace, and walk throughout the commercial. Sleep looks more vulnerable and cute, and Wake looks a bit more rambunctious. He is, after all, keeping the woman up at night.

The fair balance is pretty heavy, so it’s good being distracted by the “animals” while the woman goes about her day with Wake interacting with her a little more (doing what dogs do), while Sleep lays a bit low in the background (like cats do). The film quality is absolutely gorgeous. The beautiful musical score throughout the spot sounds like a whimsical rendition of Smetana’s Die Moldau that keeps me humming it long after the commercial is over.

The commercial comes to a close like a nice fairytale where everyone is where they need to be. And, while this spot seems pretty polarizing when we talk about it around the water cooler, I think we can all agree that it has the stopping power to stand apart from the competition. 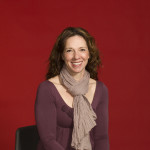