By Givi Topchishvili on September 23, 2016 in DTC in Focus, DTC News

The worst part of the Zika story we know so far, is that we do not know nearly enough to combat it in a meaningful way. First it was just an exotic STD from South America. Then it turns out to be a virus that could cause severe disability in newborns. As of August 2016, the CDC has reported that there are 2,722 Zika cases across the United States, another 14,110 in the US Territories (not counting the sexually transmitted cases), active mosquito-borne transmission in every country from Mexico, south through the Caribbean and Central America, to Ecuador, Colombia and Brazil in South America.  New studies indicate the virus is associated with brain disorders in adults, for example Guillain-Barré syndrome.  According to Florida State University researchers, the Zika virus directly targets the development of brain cells, in as little as three days after exposure, effectively stunting the cells’ growth.

The United Nations Health Agency noted in its new warning on the virus that “the more we know, the worse things look,” while World Health Organization’s Director-General Dr. Margaret Chan said that in under a year, the status of Zika has changed from ‘a mild medical curiosity’ to a disease with severe public health implications. Meanwhile, the CDC reported just a few days ago that they are almost out of money to fight this growing epidemic, which is unfortunate for many states and Puerto Rico which heavily rely on Federal help.

We still do not know what type of global impact on the spread of Zika the past Olympic games will play, but with the fast approaching annual rainy season in South America we are in for a perfect storm of factors that could become the tipping point to spreading the virus globally, unless concrete steps are taken now.

Clinical trials to make vaccines are still in process, and won’t progress anytime soon for that matter, if the stock market is any indicator.  Companies like Sanofi (NYSE:SNY), Inovio Pharmaceuticals (NASDAQ:INO), Intrexon Corp (NYSE:XON), and others have announced Zika vaccines initiatives, but the investors are clearly not impressed.

That leaves us with the next most logical option: detection.  Making easy to use, rapid, reliable, and cost-effective testing tools widely available across the affected region will help slow the spread and is a key preventative measure for this global epidemic.

Dr. Yelena Budovskaya, Ph. D., whose company Xnsion is at the cutting edge of rapid testing development, explains the difficulty labs face when tackling the problem with traditional methods. According to Dr. Budovskaya, “Most new technologies target the development of an instrument or adapting already existing instruments to allow rapid detection of one or few potential causes of infection. These instruments are expensive and would require significant investments for a diagnostic lab to adapt and adopt these instruments for the detection of various disease and infections; and in this case – Zika. Combined with the high cost of tests and limited testing availabilities, very limited information is available about the epidemiology of Zika: from its geographic origin, patterns, down to the possibility of health impacts and studies regarding Zika co-infections with other mosquito- or tick-borne viruses. The other fundamental problem with current Zika testing technologies is that they heavily rely on antibodies against the Zika virus. However, the Zika virus is very similar to other mosquito-borne viruses which makes those test unspecific. “

Yet, while, companies like Xnsion do appear to have the answer, it has yet to reach the market. The stalemate seems to be in the partnership that should have been a fertile ground for growth and innovation: between the public and the private sectors. One is in the business of advancement of public health, while the other is in the business of offering effective solutions for a profit. Inertia of one, causes inertia in the other, and rightfully so.

Big corporations do exist for the ultimate goal of enriching their shareholders, and they simply cannot afford to invest into solutions that will not have the backing of the public sector. Right now the “best” (CDC recommended) test costs ~$20-25 per sample that makes it out of reach in many struggling economies, which also happens to be the countries most affected by the virus at the moment.

Public health experts say that a viable test should utilize standard molecular laboratory equipment, be simple enough to be performed by any laboratory technician without necessity for in-depth knowledge in molecular biology, and should cost below $10 per test.

I believe we could get there, and the price will be driven down by normative market laws of supply and demand through increased competition if the private sector sees a serious commitment from the Federal government here at home, the World Health Organization, and of course local governments across the region.

Combating the Zika virus falls out of the normative boundaries of global responsibility. It is not about more affluent countries providing aid to developing nations. The threat to global health is real, and is a joint responsibility of the leading nations and each individual government in the affected region to step up to the plate. One cannot expect the private sector to go at it alone, although one can expect them to deliver, if the other side does their job, as opposed to the ongoing jockeying currently happening in the US Congress, such as blocking President Obama’s request for the necessary funds.

It is easy to call out the pharma industry for being the bad guys. But maybe, now is the perfect opportunity for the public sector to show them what good guys look like, and help create the market conditions for an affordable, accurate, scalable, adaptable and, most importantly, rapid Zika diagnostics. 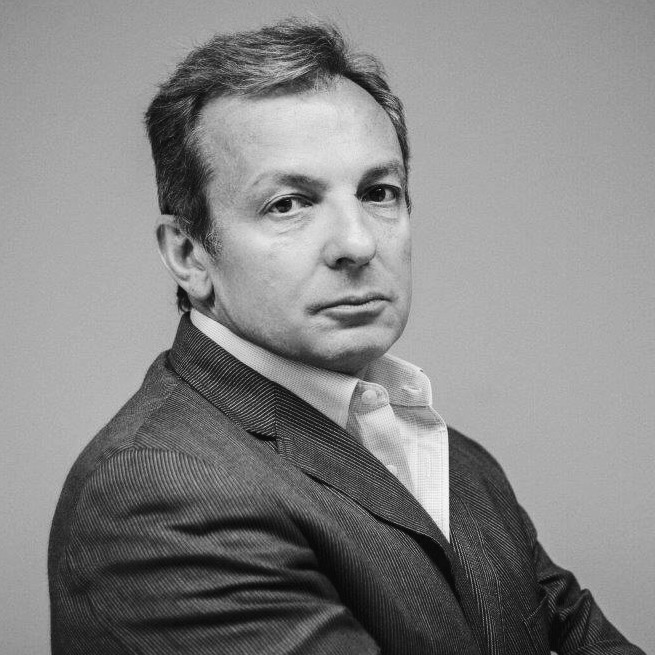 Givi Topchishvili, Founder and President of the 9.8 Group, is a New York-based entrepreneur and investor who over the past two decades has developed a systemic approach to business growth and expansion in a complex and ever-shifting global economy.

Givi’s knowledge and experience forms the framework and methodology for the consulting arm of his business that assists international corporate entities and private clients with establishing and expanding their brands in the U.S. and abroad.

Givi’s international and entrepreneurial background has enabled him to advise companies entering the United States from such diverse countries as China, Germany, Russia, Thailand, and Ukraine. In the US, his teams are responsible for award-winning marketing campaigns that expanded clients’ brand to niche markets.

Givi has authored a number of books on business strategy, including “Marketing in the New Millennium – Models for Success” and “The Science of Winning in Investments, Management and Marketing.” He holds a Ph.D. in Physical Chemistry and is active in a number of charitable organizations and business societies.
DTC in Perspective: Taking on Anecdotal DTC Critics
Online Video and Patient Engagement: Four Wise Moves