In the past year, news stories have featured multiple outsider challenges to “the Establishment.” Traditional authority faces threats of being upended. Moreover, the challengers seem to have emerged with tsunami-like force, seemingly out of nowhere. Technology makes it easier for like-minded individuals to find each other and collectively demand changes that may shake up the status quo. Since branding uses messaging to reinforce an organization’s or product’s “reason for being,” it is worth looking at what potential shake-ups could mean for the industry.

This is particularly important for advertising agencies serving healthcare and pharma, sectors that have recently faced their own heightened public scrutiny. Turing Pharmaceuticals’ Martin Shkreli became the poster boy for corporate greed. Mylan’s EpiPen price increase owned the headlines this summer, and renewed focus on perception of co-pay programs across patients, payers, and physicians. The US Treasury Department blocked Pfizer’s plans to buy Allergan, an acquisition that would have drastically reduced Pfizer’s American tax exposure. And despite the fact that Bill Gates calls the US’s drug-pricing system “better than most,” there is a growing narrative that suggests companies are putting their money into communications to push profits over patient-saving innovations. But do these discussions truly challenge the $21 billion-plus advertising spend of America’s pharma industry?

The conversation may be intensifying due to societal changes, but there have been periodic calls to ban pharmaceutical advertising since Merck ran the first DTC ad in 1981. (A ban would likely be unconstitutional under the First Amendment.) Calls for increased regulations have been considered, as well. The Responsibility in Drug Advertising Act, introduced in February 2016 by Connecticut Congresswoman Rosa DeLauro and Comptroller Kevin Lembo, would place a three-year moratorium on any ads for newly approved prescription drugs. Minnesota Senator Al Franken introduced similar legislation, the Protecting Americans from Drug Marketing Act, which would lead the IRS to stop drug companies from deducting marketing costs of direct-to-consumer (DTC) advertising.

So what’s really going on? Reinhard Angelmar, emeritus professor at INSEAD and an expert on pharma marketing, says criticisms of pharmaceutical advertising are misplaced. “The call for a DTC advertising ban is a desperate attempt to slow down the erosion of organized medicine by tackling the pharmaceutical industry,” Professor Angelmar told Havas Tonic. “The timing is well chosen. It fits the current debate around high drug prices, while diverting attention away from the high price of healthcare.”

Angelmar sees multiple factors eroding the traditional sources of physician power. Web and mobile technologies have increased consumer access to medical information through online sites and digital apps. In addition, Angelmar points to ACA-related price pressures on both patients and doctors, which have led to consumers demanding a greater say in medical decisions. Finally, Angelmar focuses on the expanding sector of nontraditional healthcare providers, including pharmacy-based clinics and nurses, as well as “third-party payers who convert independent physician-entrepreneurs to contracted agents and salaried employees.”

Where does that leave Big Pharma? Or the advertising agencies that service it? Or the media that carry the communications? From Professor Angelmar’s perspective, pharma brands and their marketing partners need to be more proactive in reaching out to multiple constituents. Angelmar believes that doctors and payers, as well as patients, can (and should) be courted as natural allies of DTC: “Develop a plan to improve the perceived value of DTC among physicians,” he says. “What do third-party payers think about DTC? Ensure that they perceive the value of DTC.”

These are good points, and there is evidence that DTC has a real value. For instance, health economist Austin Frakt, in a March 2016 New York Times The Upshot Blog, pointed to multiple studies that demonstrate positive healthcare outcomes generated directly by DTC, ranging from better-informed consumers to better patient care. One study about DTC antidepressants showed that when patients “requested a specific drug, 90% received appropriate care, but not all of it involved drugs.”

Havas Tonic’s learning from a multi-month healthcare panel it ran in 2015 supports these points. Paul Klein, Managing Director of Havas Tonic, says, “Polling consumers about their attitudes toward DTC advertising, we found the most receptive audiences for such marketing were more – not less – informed about healthcare, media, and marketing. The study seems to negate the assertion that advertising exploits vulnerable consumers.” 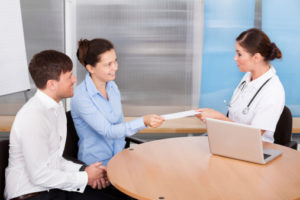 In fact, the poll suggests that the most engaged audience for such messaging (i.e., “Requestors”) is a sophisticated group. And compared to those polled who feel negatively about DTC (i.e., “Non-Requestors”), this group expressed a sense of empowerment around their healthcare decisions. Take their relationships with doctors. Says Klein, “Compared to Non-Requestors, Requestors expressed feeling far more engaged with their physicians and were conscious about maintaining a patient-doctor dialogue.” This makes sense: The Requestor, after all, is bringing an informed request to their doctor. It is up to the doctor whether or not to grant it.

A compelling aspect of Requestors is their attention to societal values. Pharma brands should take note: Their most engaged customers prioritize companies with a social conscience. For Requestors, this means demonstrating a propensity for innovation. For instance, a company might stress the research as well as the innovation behind the treatments it brings to market. Pfizer’s “Before It Became a Medicine” is one such effort. Consumers care about a brand’s overall societal imprint, and will lean in to companies that work to establish that they are truly keeping the patient top of mind in their efforts. But pharma needs to be careful – if every pharma company comes out with a personal story about why they pursued innovation, the messages will quickly become duplicative and dissonant. We’re already seeing this in consumer perception of patient-assistance programs – if the drugs weren’t so expensive, then there wouldn’t need to be financial assistance.

There are challenges to DTC advertising that need to be taken seriously. Addressing them starts with recognizing that today’s DTC advertising audiences are not mindlessly consuming products. They are thinking carefully about what they purchase, and from which companies they purchase. The most powerful branding for them will acknowledge their hunger for innovation, as well as social consciousness. Equally important, pharma brands (and their marketing partners) have to be more imaginative in thinking about allies, from patients to doctors to payers. 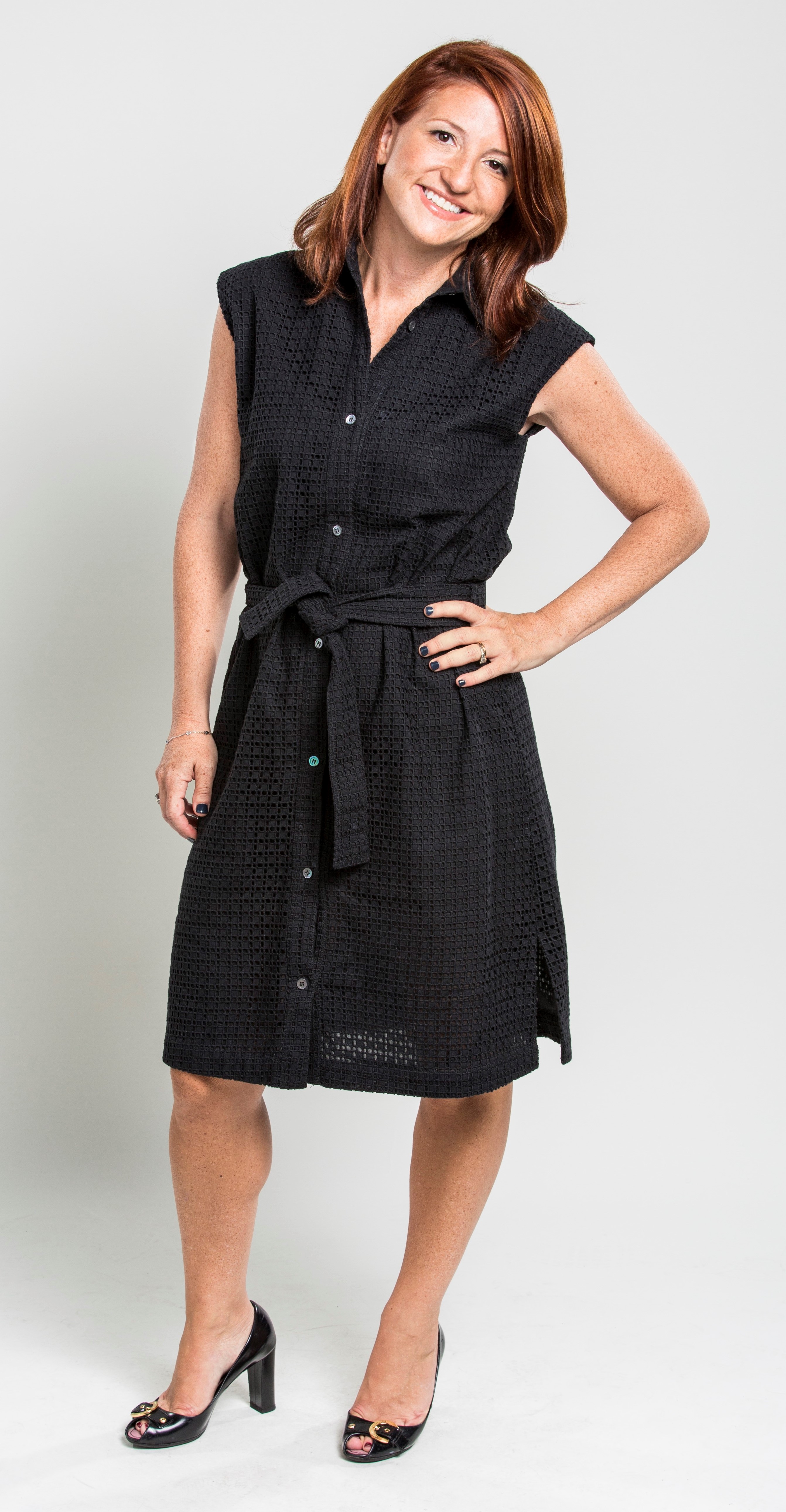 Managing Director – Planning at Havas Tonic
Liz came to Havas in 2014, bringing 15+ years of stellar experience in strategic planning, brand building and relationship marketing with clients across the CPG, OTC and Rx spectrum. Among them, many high-profile brands like Advair, Claritin (Rx to OTC switch), Nestle’s Gerber, Wyeth’s Centrum, Lipitor, Cymbalta, Gilenya and more.
Previously at Saatchi & Saatchi, Liz led global strategy for General Mills and Mead Johnson, and at Burnett she led the integration of the global planning practice for Proctor’s beauty portfolio while leading clients like Herbal Essences, Louis Vuitton and Gilt.
She is known for being a catalyst who can unlock possibilities where none existed before, enabling agencies and clients to anticipate where the market is going for game-changing outcomes. Alongside her creative and strategic acumen, Liz brings a warm, human element to her work.
What’s a Diabetic to Do? Part Three
Reaching the Engaged Patient of the Future